One of the most fascinating stories of the recent history of Wushu is the rivalry between the Shaolin faction and the Wudang Faction that resulted in the fight between Wang Ziping and Gao Zhendong.In my opinion, this rivalry also reflected the rivalry between Ma Liang and Sun Lutang (as well as between Zhang Zhijiang and Li Jinglin) of which it is difficult to trace the origin.It could be assumed that the success of Ma Liang’s idea to create a simplified and modernized Wushu program to be taught in all Chinese schools was behind it,but it is possible that the rivalry began earlier, in fact Sun Lutang had to confront the one who is referred to by someone as the master of Ma Liang , that is Ping Jingyi.

This is the account of the clash by sources close to Sun Lutang (in fact the tone is strongly hagiographic):

In 1988, after a journey through the great motherland, Sun Lutang returned to Baoding. A few days after his return, the entrance to Sun Lutang’s family home was crowded with people who were basically admired by Sun Lutang’s martial arts accomplishments and wanted to become his disciples to study his art.

Some people were naturally complacent while others were discontented, about the oceanic crowd in front of Sun Lutang’s house at that time. The other martial gyms in Baoding were not quiet. Among them was the famous Shuaijiao master Ping Jingyi. Ping Jingyi was the greatest teacher of Shuaijiao of Baoding at the end of the Qing era, in addition to being proficient in “quick fight”, he also welcomed the real transmission of Shaolin, being able to practice the orthodox ability of Shaolin Luohanquan. Ping Jingyi learned that Sun Lutang had never suffered a defeat after his trip to the eleven provinces, he was not very convinced by Sun Lutang. Ping had previously defeated Master Yutong of Taishan who claimed to have traveled unbeaten in the thirteen provinces and the two from the exchange of blows had become friends.

The majority of people who practice martial arts have a frank temperament, Ping Jingyi immediately found Sun Lutang, inviting him to start a mutual exchange. Ping Jingyi’s “quick fight” paid attention to having the flexible inside the inflexible, containing intelligence inside the ferocity, prominent in taking by surprise and practicing fast hitting fast.

Surprisingly, we saw Ping Jingyi approach and tear the upper floor behind the body and cross (probably a hook with the leg) on the lower floor. In the twinkle of a flash the room depended on a small unexpected event carrying Sun Lutang on his shoulders, preparing to use force to throw him on the ground in a quick victory. But he immediately discovered, no matter how hard he tried to use his physical strength, that Sun Lutang on his back was as still as a mountain. After many impasses, Ping Jingyi was so tired that he was out of breath and his physical strength was overwhelmed without any problems. With his desperation, Sun Lutang was lying on his back as if nothing had happened. Ping Jingyi in his heart knew clearly that, although in this fighting arena Sun Lutang had not taken the initiative to attack, he had put himself in an unassailable position, proving that his strength was almost superior. Just when Ping Jingyi was ready to admit defeat, Sun Lutang, however, as if he had read his thoughts, offered a draw. Ping Jingyi was ashamed at the same time, respecting even more Sun Lutang.

Unfortunately I was not able to find non-partisan information about this fight, but we can compare the age of the two contenders: at the time Ping Jingyi was 58 years old and Sun Lutang 28.

In addition to the challenge with Ping Jingyi, we must remember that only two years after his escape not to fight with Wang Ziping, it is said that he accepted the challenge of a group of Japanese combat experts at the Songshan 嵩山 (the location of the Shaolin temple). The story is full of exaggerated statements that make us think about the construction of a myth around his figure, which has little to do with reality. Again to emphasize the exaggeration of the stories about the fights of Sun Lutang, after this escape and to seventy years. This is the description contained in the article “The Great Master Sun Lutang, calls in the ring five Japanese experts” 武术大师孙禄堂，河南嵩山脚下同5名日本高手打起了擂台:

“In 1930 Sun Lutang … although he was already 70 years old, he was still healthy, his eyes were bright and piercing and until now had never been defeated. The Japanese were arrogant and overbearing, they from long time wanted to humiliate Sun Lutang and this time they had found a good opportunity. Some Japanese were in their prime and completely ignored Sun Lutang. As the world’s number one (天下第一) martial arts grandmaster, Sun Lutang had a high reputation in the modern martial arts circles of our country and this was a battle linked to national honor. The first Japanese was a great Judo 柔道 master who immediately rushed forward, only to be unexpectedly subdued immediately by Sun Lutang. Sun Lutang was extremely quick to engage, his leg tapeworms were strong and vigorous, his agile palm techniques, allowing him ample perspectives. [At that point] The Japanese did not dare underestimate him and decided to adopt the method of turnover to attack him. The second Japanese did not have the courage to attack and consciously began to defend himself. Sun Lutang basically without getting lost in chatter, he attacked the mouth of the enemy’s stomach with just one sudden big step forward 箭步. The opponent as soon as he took a hit, after which he landed on the ground. Then the other three Japanese swarmed and rushed into the ring roaring. Sun Lutang moved by jumping and turning, he responded to the joint attack of the three. Our countrymen burst into a thunderous applause and all were cry out for Sun Lutang to make an extra effort. The three Japanese attacked him in unison, but were miraculously blocked by him. Soon after, Sun Lutang used the Taiji’s pushing palms to immobilize them. Seeing this scene, all the spectators cheered him as they rose between leaps of joy, Sun Lutang had once again won a clash for the national image.” 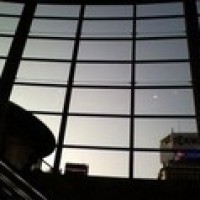